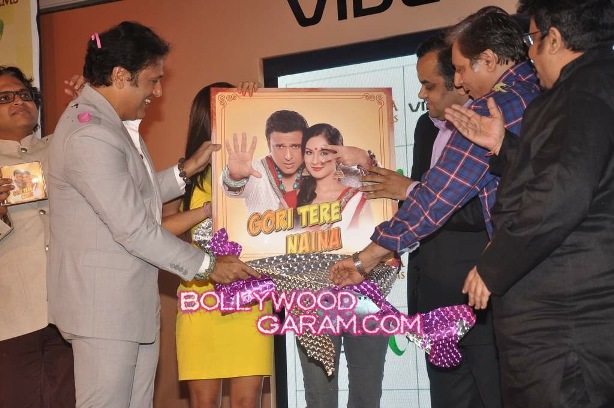 Bollywood’s colorful actor Govinda launched his music album, titled ‘Gori Tere Naina’ at Sea Princes hotel in Mumbai. The new album has four songs, which have been written and sung by the ‘Hero No. 1’ actor himself.

‘Gori Tere Naina’ has been produced for Mangal Tara TV and Films by Govinda. The new album has flavors of the ongoing Navratri season and the title track ‘Gori Tere Naina’ is a Navratri dance song. While talking about the album, the actor said that songs have the typical ‘Govinda’ flavor and that he will be launching his new album and its music video on the occasion of Navratri.