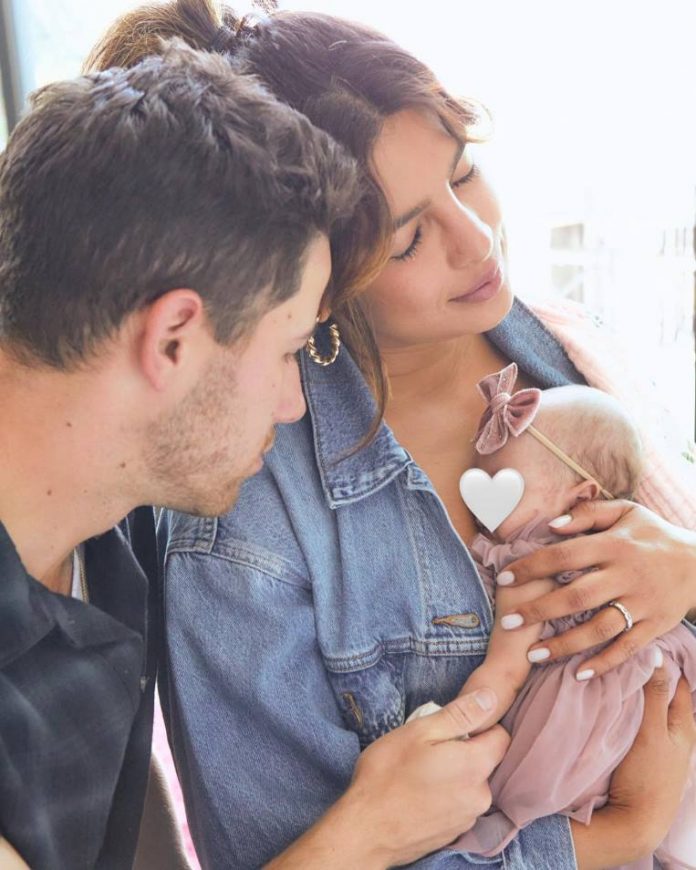 Indian actress and singer Priyanka Chopra and husband Nick Jonas had earlier this year announced that they welcomed their daughter, who was born through surrogacy. On the occasion of Mother’s Day on May 8, 2022, the couple revealed that they have brought home their daughter and also shared the first picture of their little bundle of joy.

Priyanka in an emotional post revealed that their daughter had to spend more than 100 days in the Neonatal Intensive Care Unit (NICU). The Barfi actress added that every family’s journey is unique and they had to face a challenging few months. Priyanka shared that they are overjoyed that their daughter is finally home and also took the opportunity to thank every doctor, nurse and specialist at the Rady Children’s La Jolla and Cedar Sinai, Los Angeles hospital.

The actress referred the little one as ‘MM’ as she has earlier revealed that they have named their daughter as Malti Marie. Priyanka shared a picture that showed the little baby in Priyanka’s arms as Nick gentle held the little one’s hand. Soon after the post went viral, congratulatory messages started to pour in from friends, colleagues and fans on social media.

On the work front, Priyanka is all set to be seen in the upcoming film Jee Le Zara which would be a Farhan Akhtar directorial.