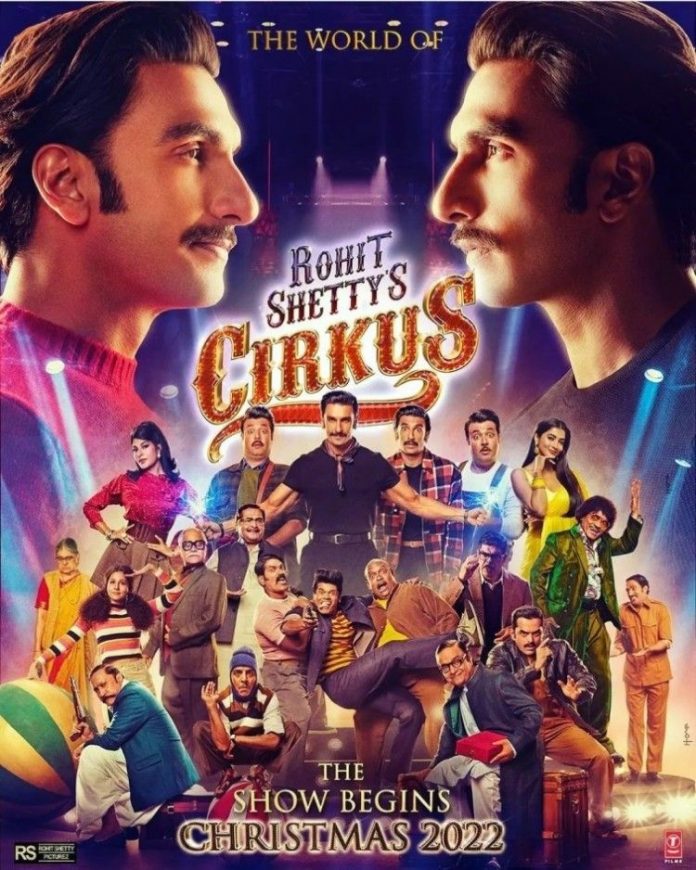 Indian filmmaker Rohit Shetty is currently looking forward for the release of the upcoming film Cirkus which has Ranveer Singh playing the lead role. The film also stars Pooja Hegde, Jacqueline Fernandez, Sanjay Mishra and others. Shetty in a recent interview talked about the upcoming project and compared it to one of the popular plays by Shakespeare ‘The Comedy of Errors’.

Rohit said that there have been many versions made in the past and added that in Bengali cinema it was made as a black and white film. The director also said that there was also the film Do Dooni Char which had Kishore Kumar in the lead which means that it has changed a lot in recent times.

With the above comment, the director has hinted that it is surely going to be a huge entertainer as a lighthearted comedy. Rohit compared his upcoming film with some of his previous projects including Golmaal and All The Best.

Upcoming film Cirkus has inspiration from the film Angoor released in 1983 and was based on Shakespeare’s The Comedy Of Errors. Ranveer Singh in the film will be seen playing a double role. The makers have earlier released a few posters which has shown both the characters played by Singh. The film has been under production since the pandemic started and is expected to be released by Christmas 2022.