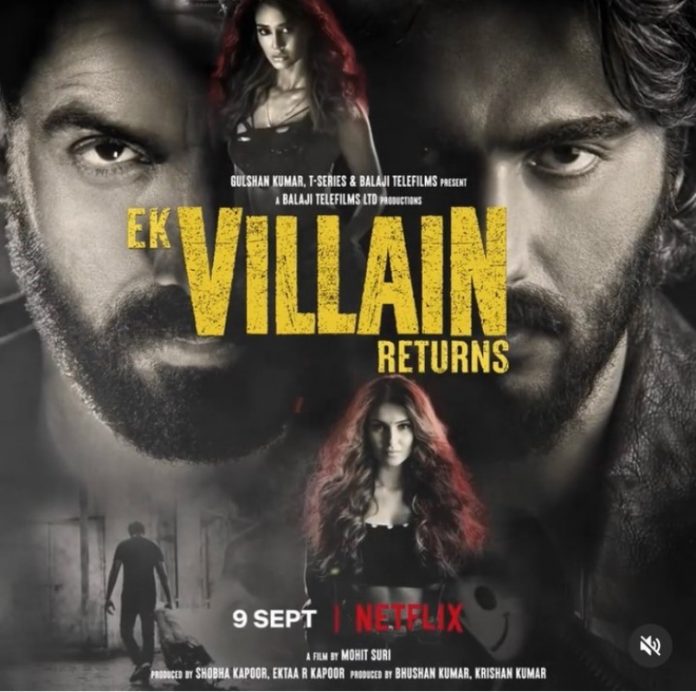 Shraddha Kapoor and Siddharth Malhotra starrer Ek Villain had released in 2014 and was a hot among the audience. The makers then released a sequel Ek Villain Returns which had John Abraham and Arjun Kapoor in the lead role but did not keep up with the expectations. Now the sequel is ready to be released on OTT Platform.

Ek Villain Returns is all set to be released on the popular OTT Platform Netflix and will premiere on September 9, 2022. The sequel and the original film was directed by Mohit Suri.

The film will be releasing on the platform after six weeks of its theatrical release. The sequel also stars Disha Patani and Tara Sutaria in lead roles. The film is backed by Balaji Motion Pictures and T-Series.

Ek Villain Returns was released in theatres on July 29, 2022 and opened to mixed reviews. The film was praised by the critics for its storyline, climax and the performances. Not many are aware that Aditya Roy Kapur was originally signed for the role played by Arjun Kapoor. Aditya had backed out due to creative differences. He also had a fallout with director Suri. Karthik Aryan was also approached but he could not commit due to date issues. The makers wrapped the film by March 2022.