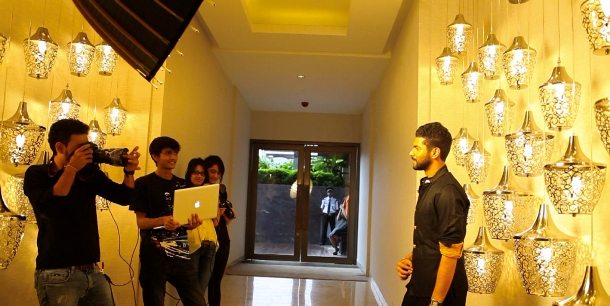 Bollywood actor Shahid Kapoor and menswear specialist Kunal Rawal teamed up to show off the designer’s festive collection for Hello! magazine. At the event, Rawal spoke about his pre Diwali collection and inspiration.

While talking about Kunal, Shahid said that he has been designing his clothes for the upcoming movies and how much trust he has in designs made by Rawal. Rawal designed clothes for Ranbir Kapoor in the blockbuster movie ‘Besharam’ and also designed for Shahid in the movie ‘Phata Poster Nikla Hero’ and Anil Kapoor for ’24’ series.