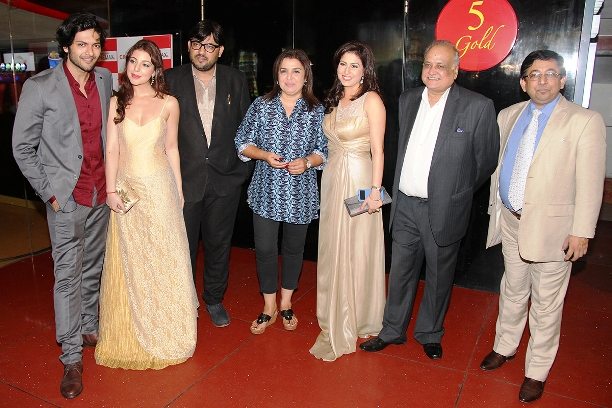 Choreographer Farah Khan attended the premiere of the upcoming movie ‘Baat Bann Gayi’ – directed by Shuja Ali – at Cinemax in Mumbai. The new flick will mark the debut of the actress Amrita Raichand, as well as director Shuja Ali.

The movie has Ali Fazal – who plays a subtle role – and the actor was the first to arrive at the premiere along with actress Anisa, who is paired opposite him. The premiere was attended by other celebrities, including Kaizad Gustaf, Sachiin J Joshi, Sahil Multy Khan, Pitobash, sufi singer Mudasir Ali, Anusha Srinivasan Iyer, Sagar Mantoo, Akshay Singh, Sunil Pal, Shahid Hasan, Ashish Mishra and Rekha Rana. During the premiere, Megha Agarwal, Vibhu Agarwal and Sayed Asif Jah served as the perfect hosts.