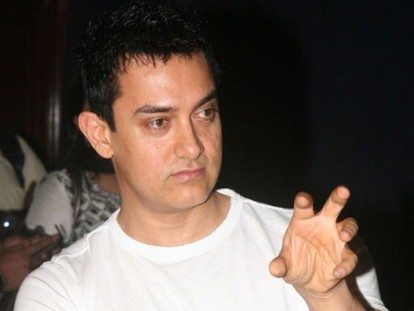 Media reports are claiming that an FIR has been launched against Bollywood superstar Aamir Khan, along with director Rajkumar Hirani and other actors from the upcoming movie ‘Peekay’. The FIR was filed for allegedly hurting the sentiments of Hindus during the movie’s shoot at Chandni Chowk.

Reports said that a group of people gathered during the shoot of a dream scene, in which a man dressed as Lord Shiva was seen pulling an auto-rickshaw, which had two women clad in burqa. Initially, people assumed it was Sanjay Leela Bhansali’s movie ‘Ram Leela’ shoot, however, it was soon discovered that it was in fact Aamir Khan’s new project.