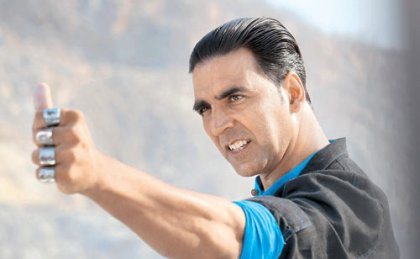 The makers of the upcoming movie ‘Boss’ are preparing for its release and recent reports stated that the flick will have its premiere in Panama, Latin America as well. This will be the first time that a Hindi movie was released in the country.

‘Boss’ is all set to hit the theaters on October 16, 2013 and the flick will be distributed by Krian Media internationally, including Peru and France. The international distributors always had in mind to give ‘Boss’ maximum exposure and to release it in multiple markets.

Raj Malik, the vice president of film acquisition and distribution at Krian Media said that it is a matter of pride that Indian cinema has reached out to movie theaters in Panama as well. Malik in a statement said that it is a matter of immense pride for them that they have been able to have a very wide 400 screen international release for the upcoming movie in Europe, North America , South East Asia and Australia.

The movie has Akshay Kumar in the lead role and other stars, including Shiv Pandit, Aditi Rao Hydari, Danny Dengzongpa, Ronit Roy and Johnny Lever. The movie’s promos have gone viral and are liked by many fans of the ‘Khiladi’ actor.