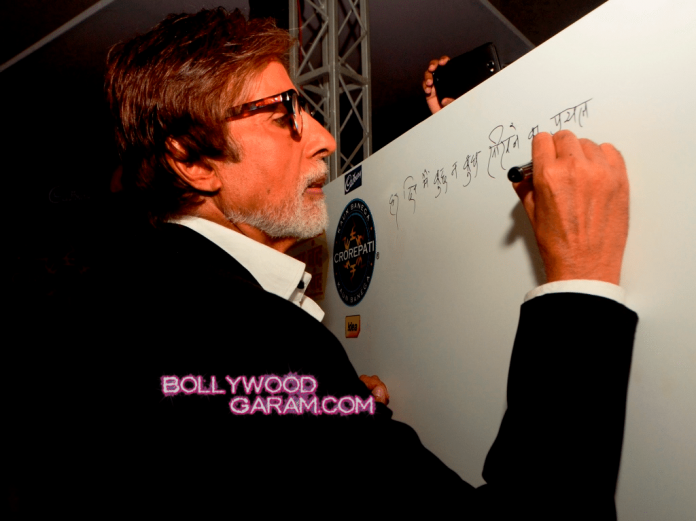 BollywoodGaram.com: Bollywood superstar Amitabh Bachchan is all set to play the role of a centenarian in Umesh Shukla’s next movie, which is reportedly titled ‘102 Not Out’. Producer Bhushan Kumar of T-Series announced the upcoming project with the 71-year-old star, who also happens to celebrate his birthday today, October 11, 2013.

In the new movie, Mr. Bachchan will be playing the role of a 102-year-old man. While talking about the next project, the ‘Black’ actor said, “I am happy to be part of it. It is Umesh Shukla’s story that T-series is making. And we will start shooting for it next year. I can’t talk about the story as it will be like giving out too many details. Paresh Rawal will also be there in the film”.

The ‘102 Not Out’ tells a story of an old man who makes a decision to break the record of longevity and Amitabh will show how to live life to the fullest. The last movie directed by Shukla was ‘Oh My God’ with Akshay Kumar and Paresh Rawal, which turned out to be a hit.

There were also reports that Bachchan will be appearing in the sequel of ‘Welcome’, to which the Bollywood legend said that no one has informed him about it yet.