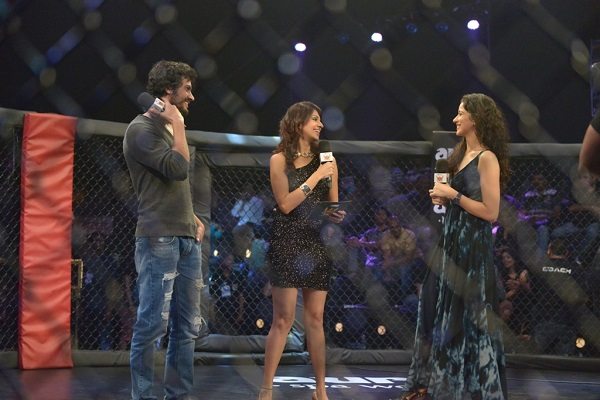 BollywoodGaram.com: The cast of the upcoming movie ‘Ishq Actually’ attended the Super Fight League (SFL) 30-31 live show, which was held on October 12, 2013 at Filmalaya Studio in Mumbai. The ‘Pyaar Ka Punchnama’ star Rayo Bakhirta, Neha Ahuja and the producer Sunny Sharma were all present at the event to support and root for their fighters.

‘Ishq Actually’ is scheduled to be released on October 25, 2013 and will mark the big screen debut of Neha Ahuja.