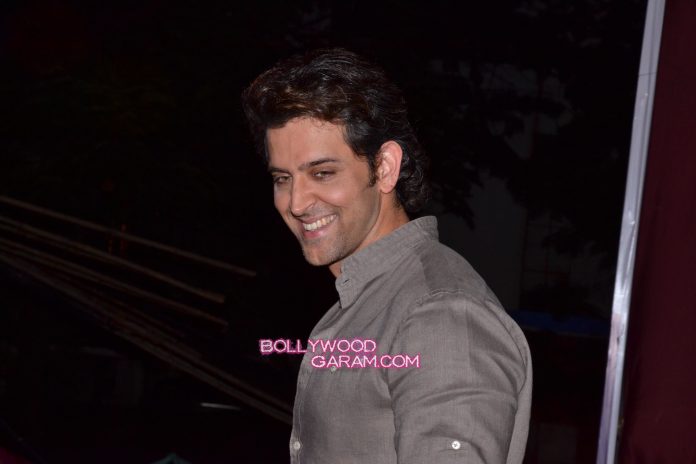 BollywoodGaram.com: Bollywood’s dancing star Hrithik Roshan recently entertained a huge audience of about 10,000 people in Vile Parle in Mumbai on October 13, 2013. The ‘Krrish 3’ actor performed the song ‘Raghupati Raghav Rajaram’ from his upcoming, highly-anticipated flick on the occasion of Navratri.

Roshan was overwhelmed by the response he received from the Parlekar youth, handpicked by MLA Krishna Hegde. The actor was presented with the Holy Mata ki Chunri and Sword from the Gurudwara by Hegde. In order to show his appreciation, Hrithik promised that he would come there every year.

The crowd also included foreign tourists and tight security arrangements were made by Hegde. On his way out, the Bollywood superstar was mobbed by several fans and people even climbed the roofs in order to catch a glimpse of Roshan.