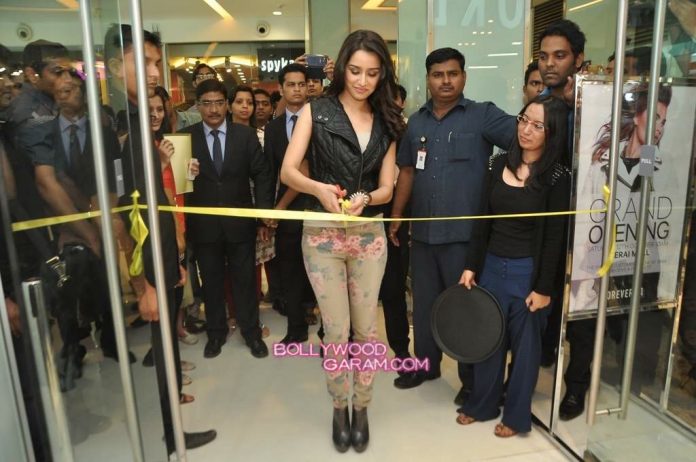 BollywoodGaram.com: Bollywood star Shraddha Kapoor inaugurated a Forever 21 store at Oberoi Mall Mumbai on October 12, 2013. The “Luv ka the end” actress told the media that she loves the clothes that Forever 21 makes, as they offer different prints, styles and fits.

While talking about the Forever 21 range of clothing, Kapoor said, “I think that is a very great thing about the brand.” The ‘Teen Patti’ actress also talked about her upcoming movie ‘The Villain’ and said that she is excited about it as she gets to work with Mohit Suri immediately after ‘Ashiqui 2’.

Kapoor also stated that Suri is one of the dream directors that she has been waiting to work with.

The shoot of the movie ‘Ashiqui 2’ is expected to begin soon.