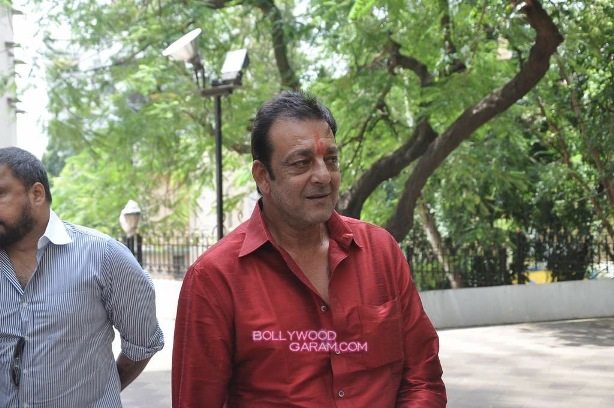 BollywoodGaram.com: Bollywood superstar Sanjay Dutt has been given an additional 14-day leave from the Yerwada Jail in Pune, where he has to serve his five-year sentence. Dutt was convicted in a case related to the 1993 blasts in Mumbai.

On October 1, 2013, the ‘Munna Bhai’ actor was granted leave for 14 days due to health issues and he was supposed to return to jail on October 15, 2013. While talking to reporters, Dutt said that he wants to spend this time peacefully with his family.

In March 2013, the 53-year-old actor was convicted by the Supreme Court for possession of an automatic rifle and has to serve his five-year sentence.