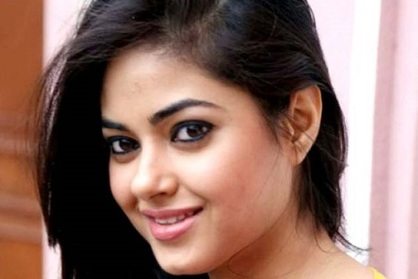 BollywoodGaram.com: The Chopra sisters seem to be taking over Bollywood, as another beauty from the family, Meera Chopra, is all set to enter the movie indutry. Reports say that the upcoming actress is the cousin of Priyanka and Parineeti and will be seen on the silver screens soon.

Meera was spotted shooting for the upcoming movie ‘Gang Of Ghosts’ on October 15, 2013 and she will become the third lady from the Chopra family to enter Bollywood. Not many people know that Meera is already a famous actress down South and has starred in movies like ‘Anbe Aaruyire’ which became a huge hit in Tamil Nadu when it was released in 2005.

Chopra was in the center of a controversy, as she was questioned in the Ruchi Bhuttan murder case. The 28-year-old Ruchi was found dead under mysterious circumstances in 2011 and the rumors were circulating that Meera was in a relationship with Ruchi’s husband Sumit.

Meera is known as Nila in the South movie industry and has appeared in Tamil and Telugu films. Her second movie was with Pawan Kalyan in Telugu and even though she received critical acclaim for her performance in M. S. Raju’s ‘Vaana’, the movie did not do that well.