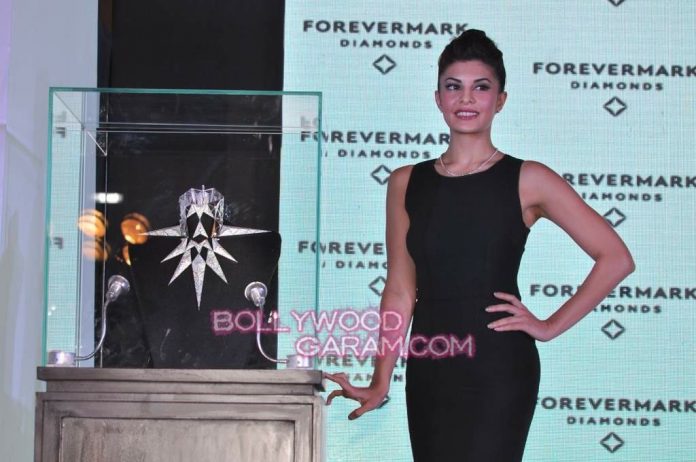 BollywoodGaram.com: Bollywood star Jacqueline Fernandez on October 16, 2013 unveiled Forevermark Diamond jewellery by Gareth Pugh, at an event held at Shagri La in Mumbai. The Sri Lankan beauty was seen wearing a black dress and black heels for the occasion.

In recent times, the actress was busy with various movie projects and has managed to establish herself in the industry. The ‘Housefull 2’ actress performed with stars like Shahrukh Khan, Rani Mukherjee and Madhuri Dixit during the Temptation Reloaded concert which was held in Australia and New Zealand.

Jacqueline will soon be seen in two upcoming projects, ‘Kick’ with Salman Khan and ‘Roy’ with Ranbir Kapoor.