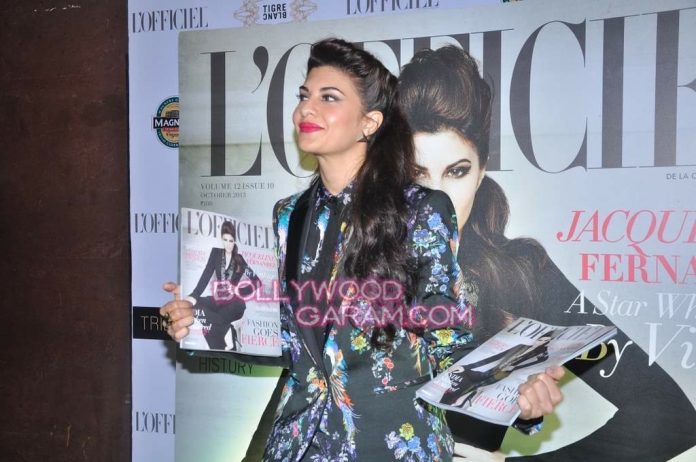 BollywoodGaram.com: Sri Lankan actress Jacqueline Fernandez has become a popular name in Bollywood after appearing in many movies. The actress is appearing on the cover of the L’Officiel magazine and re-launched the October 2013 issue at Shangri La on October 16, 2013.

Jacqueline looked classy in a floral and black suit with tied up hair at the launch event. The ‘Murder 2’ actress was at the center of attention and charmed guests with her presence.

In 2006, the actress won Miss Sri Lanka Universe pageant and made her Bollywood debut in Sujoy Ghosh’s movie ‘Aladin’, for which she also won the International Indian Film Academy Award for Best Female Debut, as well as Stardust Award for Lux Exciting New Face in 2010.