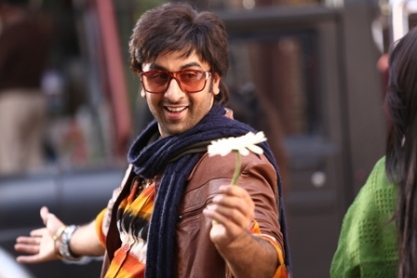 Bollywood star Ranbir Kapoor is known for achieving great success at the box office, especially when he plays the role of a flamboyant guy. ‘Besharam’ is another safe bet by the makers, who are certain that the characters and plot are going to entertain the audience.

The movie follows the story of a small time thief Babli – played by Ranbir – who is known for his charm and manages to impress everyone around him. In the flick, Babli falls in love with Tara – played by Pallavi Sharda – who believes that he is not her type. One day, Babli steals Tara’s car without knowing that it actually belongs to her. He offers Tara to come with him to Chandigarh in order to get back her car from the thief.

In the movie, Kapoor is playing it safe and there is nothing new to portray. It can be said that the audience will get to see the same old Ranbir from his two previous flicks. The most entertaining characters are Babli’s parents -played by Ranbir and Neetu – who are named Chulbul Chautala and Bulbul Chautala. Overall, it is a cheerful movie, but the filmmakers now need to come up with some more spice.