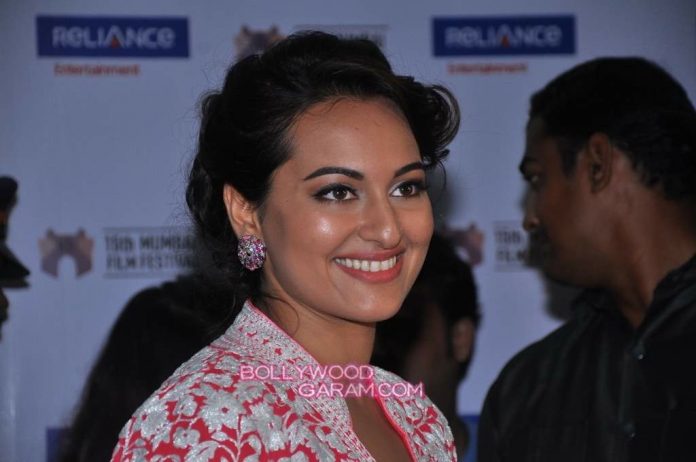 BollywoodGaram.com: Bollywood celebs on October 17, 2013 gathered at the opening of the Mumbai Academy of Moving Images (MAMI) Film Festival at Liberty Cinema in Mumbai. Actress Sonakshi Sinha opened the Mumbai Film Festival, while other celebrities who also appeared at the event included Kamal Haasan – who came with his live-in partner Gouthami Tadimalla – Nandita Das and Divya Dutta.

Kamal Haasan was honoured with a Lifetime Achievement Award by the Chief Minister of Maharashtra Prithviraj Chavan. The event was also attended by business tycoon Anil Ambani and his wife Tina Ambani.