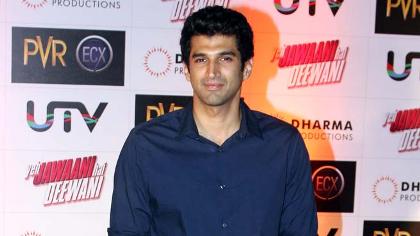 BollywoodGaram.com: TV actor-turned-Bollywood star Sushant Singh Rajput recently backed out of the upcoming project ‘Fitoor’, which then went into the hands of Aditya Roy Kapoor. In the new movie, Aditya will be seen romancing the Bollywood beauty Katrina Kaif.

Initially, Sushant was supposed to play the lead role, but the actor backed out of the project due to scheduling issues. It turns out that the ‘Pavitra Rishta’ actor also signed up to star in filmmaker Shekhar Kapoor’s movie ‘Paani’, due to which the date problems came up and caused some problems. Meanwhile, Katrina agreed to be paired opposite Sushant, but since the lead actor has been changed, the ‘Fitoor’ team is now waiting for her reply.

The makers are hoping that Katrina will not have any problems, as Aditya is already a star, especially after the success of ‘Ashiqui 2’. There are reports that veteran actress Sridevi was also approached for a negative role, but then turned it down because the character did not suit her.

Actress Tabu will be seen in an important role in the upcoming movie. This will also be the first time that Katrina Kaif will be paired opposite Aditya and the audience is expected to like the fresh pairing. Katrina has now become a popular name in the industry.