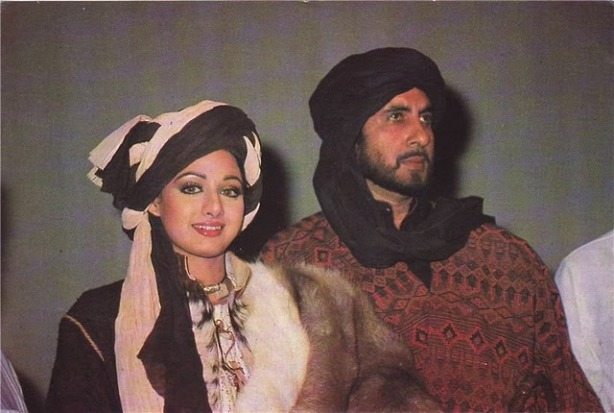 BollywoodGaram.com: Veteran Bollywood actors Sridevi and Amitabh Bachchan might soon be seen together again in the sequel of their blockbuster movie ‘Khuda Gawah’. Producer Manoj Desai said that the script is being written at the moment.

Desai went on to say that he had given an idea about the sequel to Mr. Bachchan, who responded well to it. Once the script is finished, he will meet the actor again to finalize things and after Amitabh gives his nod, they will then approach Sridevi. The producer also stated that the upcoming movie will have more actors from the younger generation.

The earlier movie was about an Afghan lord who is caught between his love and revenge.