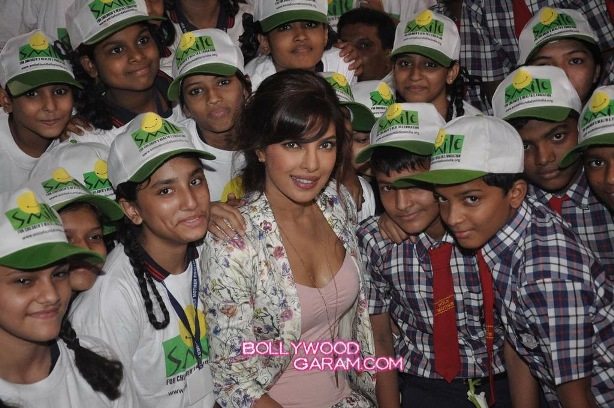 BollywoodGaram.com: The entire world knew that Bollywood actress Priyanka Chopra was the darling daughter of her father Ashok Chopra. A few months have passed since the sad demise of Mr. Chopra and his death has been an enormous loss for the ‘Agneepath’ actress, who carries a tattoo on her wrist which says ‘Daddy’s Lil Girl’. Reports say that Ms. Chopra has donated Rs. 5 million Indian rupees to build a cancer ward in a  hospital in Mumbai.

The new ward will be built in the memory of Priyanka’s father, whom she was very close with. Ashok died of cancer, so now Priyanka wants to help everyone dealing with the dangerous disease by funding a cancer ward. In a recent interview, the actress confessed that she is yet to deal with the loss and does not talk much about her father.

The donation made by the ‘Barfi’ actress is a big step and has shown her dedication towards patients who are suffering from this disease, which can be fatal. Additional reports revealed that Ms. Chopra will also be there to inaugurate the ward, which will be named after late Dr. Ashok Chopra.

Dr. Chopra was a physician for the Indian Army and passed away in June 2013.