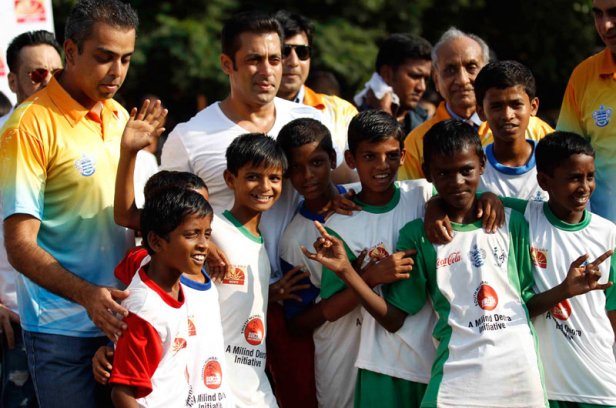 BollywoodGaram.com: The ‘Dabangg’ actor Salman Khan never stayed behind when it comes to charity. The Bollywood star on October 18, 2013 was seen participating in a football match along with the Congress leader Milind Deora. It was a friendly match which was organised in order to raise funds for charity.

Reports said that the famous actor readily agreed when he was invited to play the match, even though Khan is known to be a very busy star and always has his hands full when it comes to new projects.