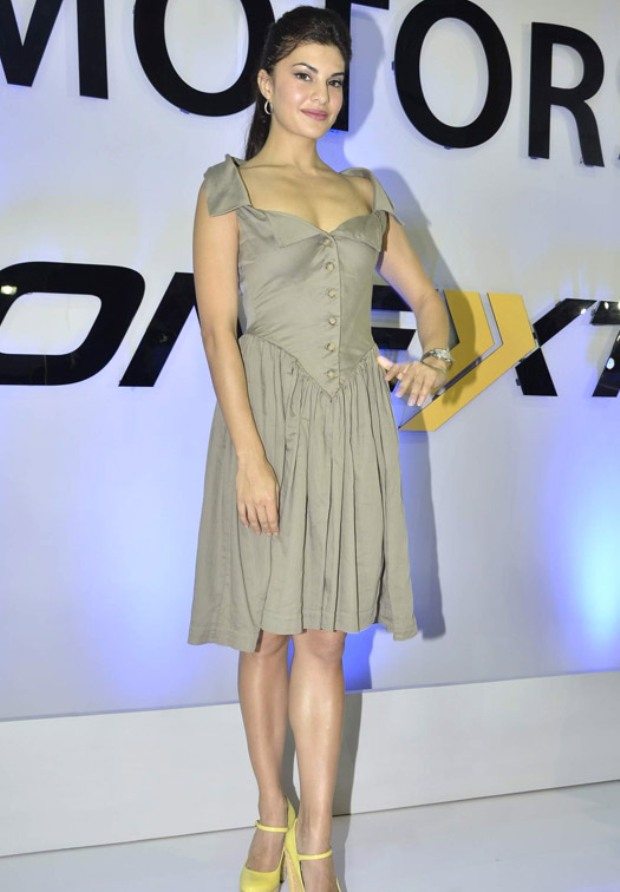 BollywoodGaram.com: Actress Jacqueline Fernandez was recently spotted at the Tata Nano booth at an Auto Car Performance Show at BKC. The Sri Lankan beauty appeared at the event wearing a brown dress and yellow footwear and it seems like the actress is on her way to get a very slender figure.

Jacqueline is all set to appear in the upcoming movie ‘Kick’, which will have Salman Khan in the lead. The young actress is trying her best to match her slender frame with that of Salman.

Jacqueline recently appeared in ‘Race 2’ and will be seen in the upcoming movie ‘Roy’, which will be released on June 20, 2014.