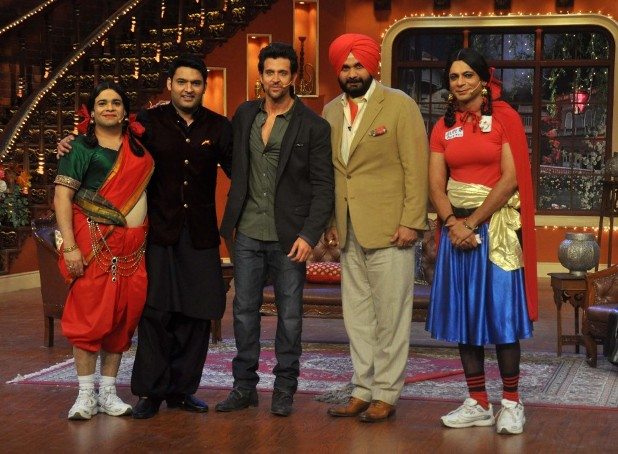 BollywoodGaram.com: Superstar Hrithik Roshan was seen promoting his upcoming movie Krrish 3 on the sets of ‘Comedy Nights With Kapil’ at Filmcity in Mumbai on October 21, 2013. The official Twitter page of the show stated that it was the best episode with Hrithik Roshan and Kapil Sharma.

The upcoming movie ‘Dhoom 3’ is all set to be released during Diwal 2013. On the show, Hrithik danced with almost every house member, as well as many of his female fans from the audience.

Hrithik arrived alone to promote the movie and none of his co-stars Priyanka Chopra or Kangana Ranaut accompanied the star.