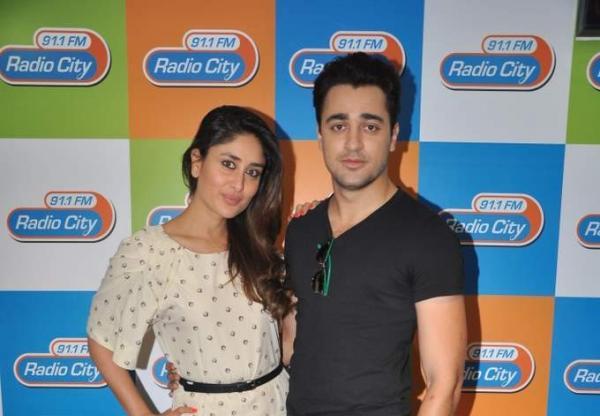 BollywoodGaram.com: Promotional duties for the upcoming movie ‘Gori Tere Pyaar Mein’ have begun and Kareena Kapoor and Imran Khan stepped out for an event at Radio City 91.1 FM Studios in Mumbai on October 23, 2013. While talking about the movie, the actress said that it is special for her, as this was the first time that she collaborated with director Puneet.

The ‘Jab We Met’ actress went on to say that there is plenty of positivity towards this project and that she is happy to be a part of it. The movie is produced by Dharma Productions and is all set to be released on November 22, 2013.

The Imran Khan-starrer movie also has actress Shraddha Kapoor in a supporting role.