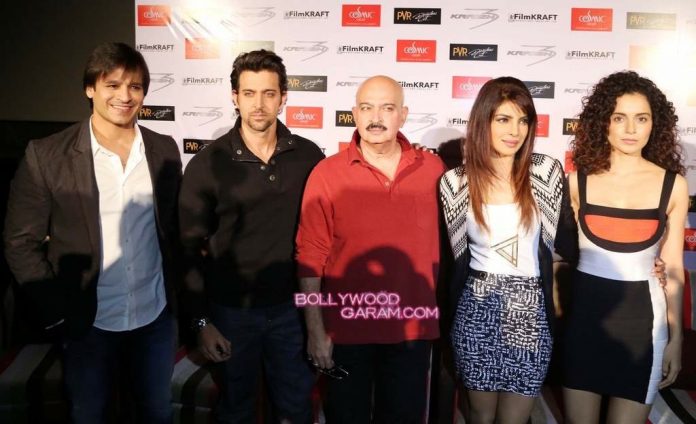 BollywoodGaram.com: The entire cast of the upcoming superhero movie ‘Krrish 3’ gathered for a press conference to promote the flick at PVR at Ambience Mall in New Delhi on October 23, 2013. The press conference was attended by Hrithik Roshan, director Rakesh Roshan, Priyanka Chopa, Vivek Oberoi and Kangna Ranaut.

During the press meet, Hrithik said that Bollywood came to a point where so much can be incorporated in just one percent of the budget of a Hollywood movie.

Director Rakesh said that there is no other actor in Bollywood who can become a superhero like Hrithik. Senior Roshan also pointed out that if there was any other actor who could play the role, then they would have already seen a movie before ‘Krrish’.