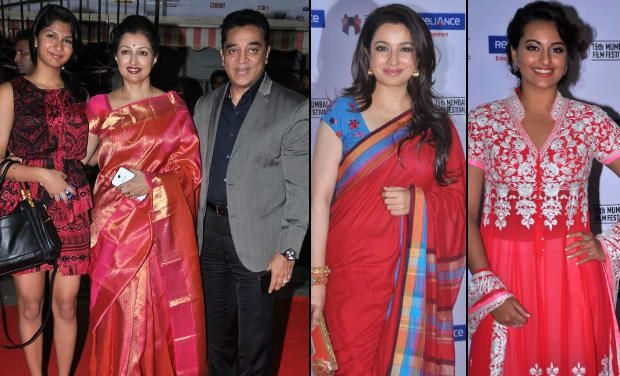 BollywoodGaram.com: The 15th Mumbai Film Festival saw Indian movies like ‘Katiyabaaz’ and ‘Fandry’, which won the main honours. The festival ended on October 24, 2013 and was attended by many Bollywood celebrities.

The Mumbai Film Festival is organized by the Mumbai Academy of Moving Images. This year it had more than 200 feature films, which included both documentaries and short films. The movies have been shown in twelve categories and the festival’s four competition sections included The Harmony Celebrate Age, India Gold 2013, Dimensions Mumbai and International Competition.

After the ceremony, the American thriller ‘The Fifth Estate’ was screened, starring the ‘Sherlock’ actor Benedict Cumberbatch.