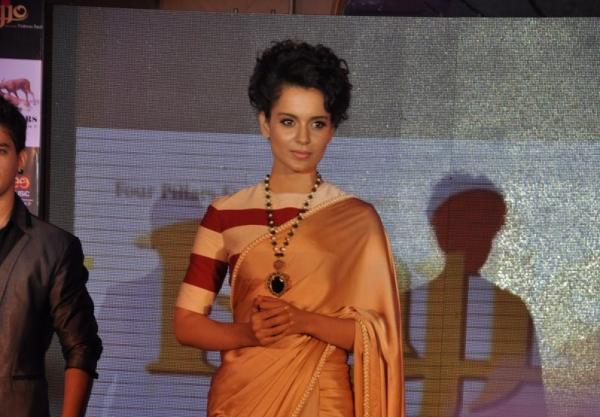 BollywoodGaram.com: Bollywood actress Kangana Ranaut and Home Minister Sushil Kumar Shinde on October 27, 2013 attended the music launch of the movie ‘Rajjo’. Paras Arora was also spotted at the event, among others.

While speaking to the media, Ranaut said that the music launch of ‘Rajjo’ is a big day for everyone involved in the project. The ‘Gangster’ actress also stated that the director has done a lot of research regarding her role and had given her all the research material when she signed to star in the movie.

Shinde – who was also present – spoke to the media and said that he attended the launch for the director Vishwas Patil.