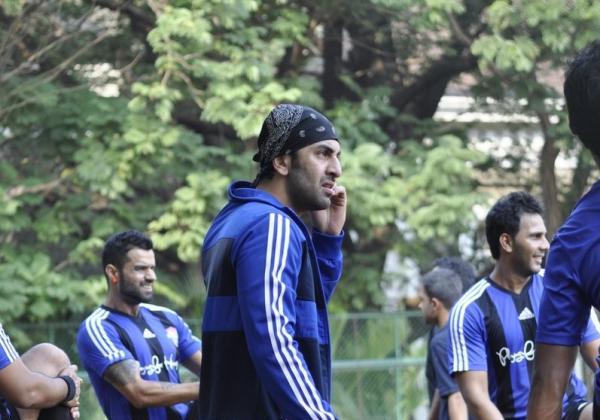 BollywoodGaram.com: Indian celebrities Ranbir Kapoor and Abhishek Bachchan were on October 28, 2013 spotted loosening up as they played a game of soccer during the All Stars Football Club practice session in Mumbai. This is India’s first celebrity Football Club, which is specifically meant for the like-minded people from the worlds of film, fashion and sports.

The All Stars Football Club is managed and run by GS Worldwide Entertainment. The aim is to promote football and to help in raising the much-needed funds for various charities. The ASFC is a property of the charitable trust Playing For Humanity.

Abhishek and Ranbir were spotted in their sporty gears, as they warmed up for the game.