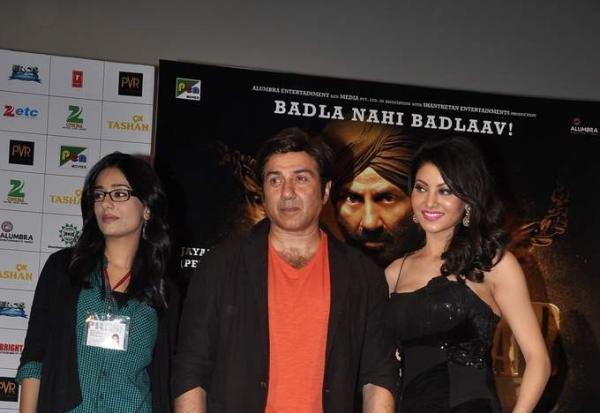 BollywoodGaram.com: Bollywood actors Sunny Deol, Amrita Rao and Urvashi Rautela on October 28, 2013 launched the music of the upcoming movie ‘Singh Saab The Great’ in Mumbai. During the event, Sunny said that the best way to promote a movie is through its trailer.

Deol went on to say that the trailer helps in attracting the audience to watch the movie in theaters. The ‘Gadar’ actor also said that earlier people used to shout from the rooftops to come and watch their films and even he did this before, but is now tired of it.

Amrita was dressed casually for the event, while Urvashi arrived wearing a black dress.