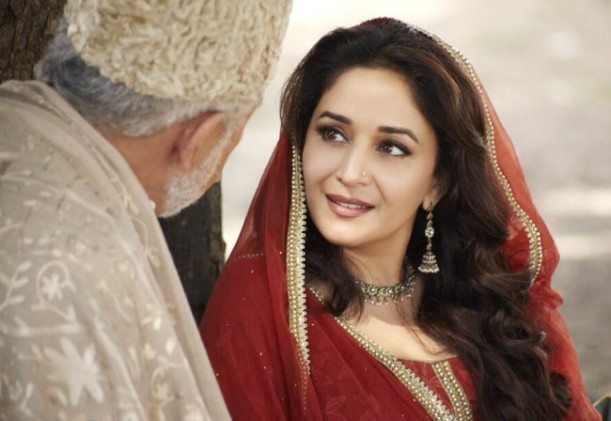 BollywoodGaram.com: The dancing queen of Bollywood, Madhuri Dixit is once again all set to mesmerize her fans with the upcoming movie ‘Dedh Ishqiya’. The makers have unveiled the look of the character Madhuri will be playing in the flick.

The ‘Dhak Dhak’ actress will be playing the role of Begum Para in the movie which is the sequel of ‘Ishqiya’ – released in 2010 -which had Vidya Balan in the lead female role. The ‘Aaja Nachle’ actress has been paired opposite actor Naseeruddin Shah. Director Abhishek Choubey in an interview said that the sequel explored many aspects of love and romance.

The relationship in the new movie will be very different from that of Vidya and Shah in the first flick.