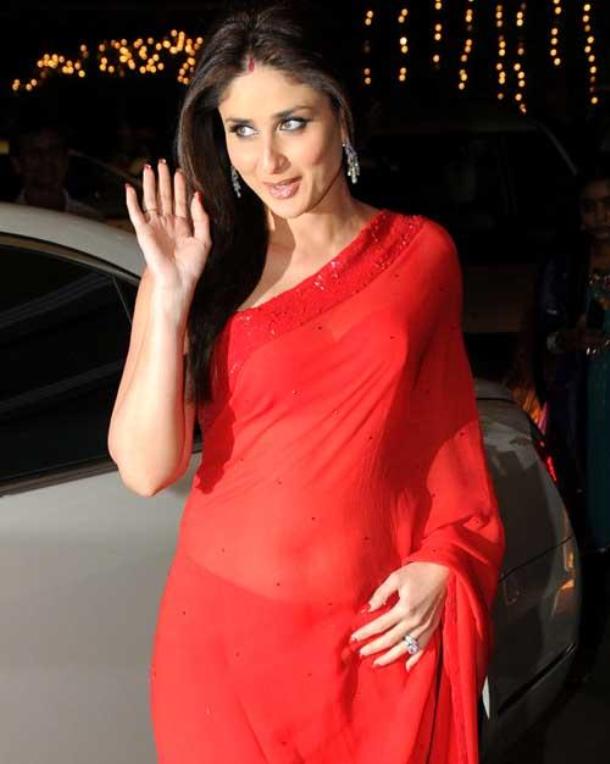 BollywoodGaram.com: Hot Bollywood actress Kareena Kapoor was on October 29, 2013 honored in the British House of Commons for her contribution to the movie industry by an Asian ethnic weekly. NRI MP Rt Hon Keith Vaz, the chairman of the UK’s Home Affairs Committee presented the ‘Jab We Met’ actress with a framed golden colored plaque.

Besides Kapoor, the Asian Sunday Newspaper also honored singer Kimberly Walsh and magician Dynamo, for their contributions to the international entertainment industry. The ‘Tashan’ actress starred in many Bollywood movies, including ‘Kabhi Khushi Kabhi Gham’, ‘Jab We Met’, ‘3 Idiots’, ‘Golmaal 3’ and ‘Bodyguard’.

During the ceremony, Kareena said, “UK has been one of my most favoured destinations. There has always been special relation between India and the UK and over the years the bond has become stronger.” The ‘Omkara’ actress also mentioned that her great grandmother was British, while her father-in-law, late Tiger Pataudi was the captain of the Oxford cricket team.

Kapoor recently married actor Saif Ali Khan, after being in a live-in relationship for about five years. The couple recently celebrated their first wedding anniversary and they were married in a private wedding ceremony in Mumbai that was attended by close friends and family.