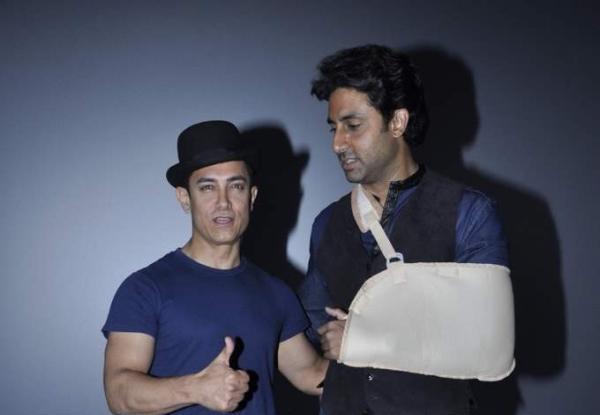 BollywoodGaram.com: The much-awaited trailer of the upcoming movie ‘Dhoom 3’ was unveiled by stars Aamir Khan and Abhishek Bachchan at an event held at PVR IMAX Cinemas in Mumbai on October 30, 2013. The rest of the cast, including Uday Chopra and Katrina Kaif were not present for the official launch.

While talking about the movie, Aamir said that he loved the script when he heard it and that the villains in the ‘Dhoom’ franchise are always different from the regular Bollywood villains. Abhishek too interacted with the media and said that this time, the movie is edgier, bigger and better.

Bachchan went on to say that the new flick has more emotions and that Aamir has given it a different touch with his style.