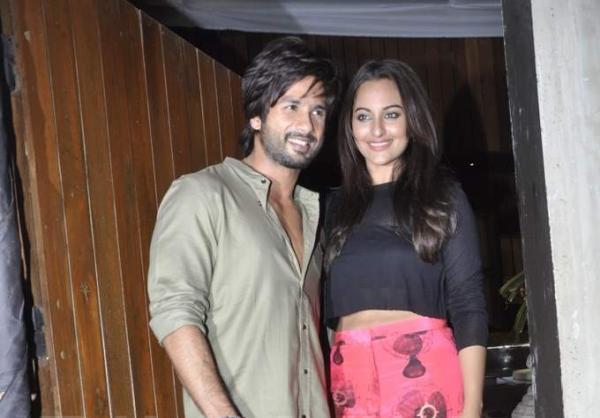 BollywoodGaram.com: Bollywood stars Sonakshi Sinha and Shahid Kapoor are all set to be seen in the upcoming movie ‘R…Rajkumar’. The cast of the movie was spotted at the completion party which was held at Cafe Mangii in Juhu area in Mumbai on October 30, 2013.

Shahid wrote on Twitter recently, “It’s a wrap for me on ‘R…Rajkumar’… Been a ride !!! The ‘Jab We Met’ actor went on to say that it was a delight working with Prabhu Deva, Sonakshi and Vikram Rajani. Kapoor also wrote that the making of this movie was memorable for him and that he did not feel like leaving the set.

‘R…Rajkumar’ is the upcoming action movie which is directed by Prabhu Deva and is written by Shiraz Ahmed.