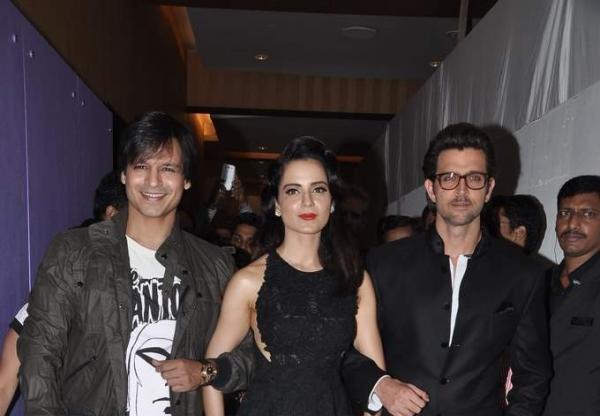 BollywoodGaram.com: Actors Hrithik Roshan, Kangana Ranaut and Vivek Oberoi were spotted attending the Krrish 3 Microsoft Halloween Party which was held in Mumbai on October 30, 2013. During the event, Hrithik shared an interesting fact with the media.

Roshan said that all other franchises, including Spiderman and Superman were revamped in a span of three to four years, but Krrish is the only movie which has completed a decade, which is a great achievement on its own.

The actor also hinted that the audience might even see ‘Krrish 4’ in the future. This is the third installment for the Krrish series and will have Kangana Ranaut and Vivek Oberoi in negative roles.