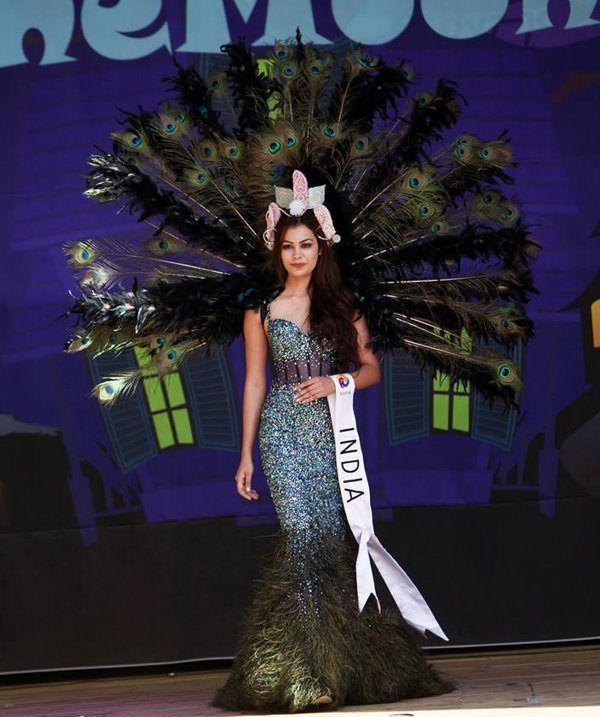 BollywoodGaram.com: Indian model and Miss India runner-up Srishti Rana won the title of Miss Asia Pacific World in Korea on October 30, 2013. Earlier, the title was also won by Dia Mirza and Zeenat Aman in 2000 and 1970, respectively.

The model in a statement said, “This is a dream come true! I am very proud of myself right now and still can’t believe that I have won the crown”. The 21-year-old in her statement thanked God, her family and friends for their support. This also marks the second time in a row that the title was won by an Indian.

In 2012, Himangini Singh Yadu managed to win the very same title. Srishti is a graduate in Bachelor in Journalism and Mass Communication and was crowned by the winner from 2012, Himangini. The second and third place in the pageant were claimed by Miriam George from Egypt and Evgenia Klishina from Kazakhastan, respectively.

Srishti at the pageant also won the award for the best national costume, which depicted the national bird of India, the peacock. The outfit was designed by designer duo Falguni and Shane. The 21-year-old has become the fourth Indian to win the title, which was earlier won by Zeenat Aman, Dia Mirza and Himangini.