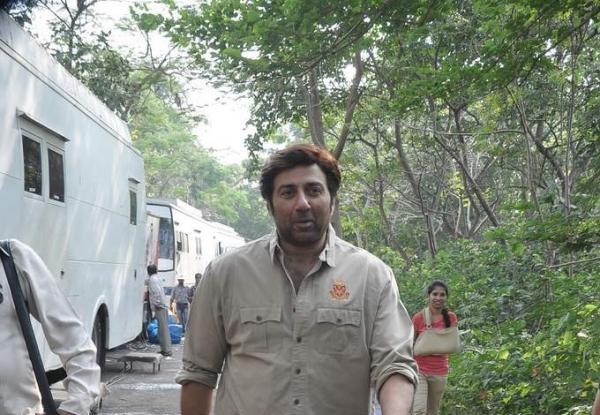 BollywoodGaram.com: The action hero of Bollywood, Sunny Deol on November 12, 2013 promoted his upcoming movie ‘Singh Saab The Great’ on the sets of the TV series ‘C.I.D.’ in Filmcity in Mumbai. The ‘Gadar’ actor was there to shoot a special episode for the TV series.

During his visit on the sets, Sunny said, “I saw an episode (of C.I.D.) before coming here to understand what it was and then I came to know it has been there for 16 years! What else can I say!”

The main lead of the series, Shivaji Satam – who plays the role of ACP Pradyuman – was full of praises for the actor and said that he has been a huge fan of his.