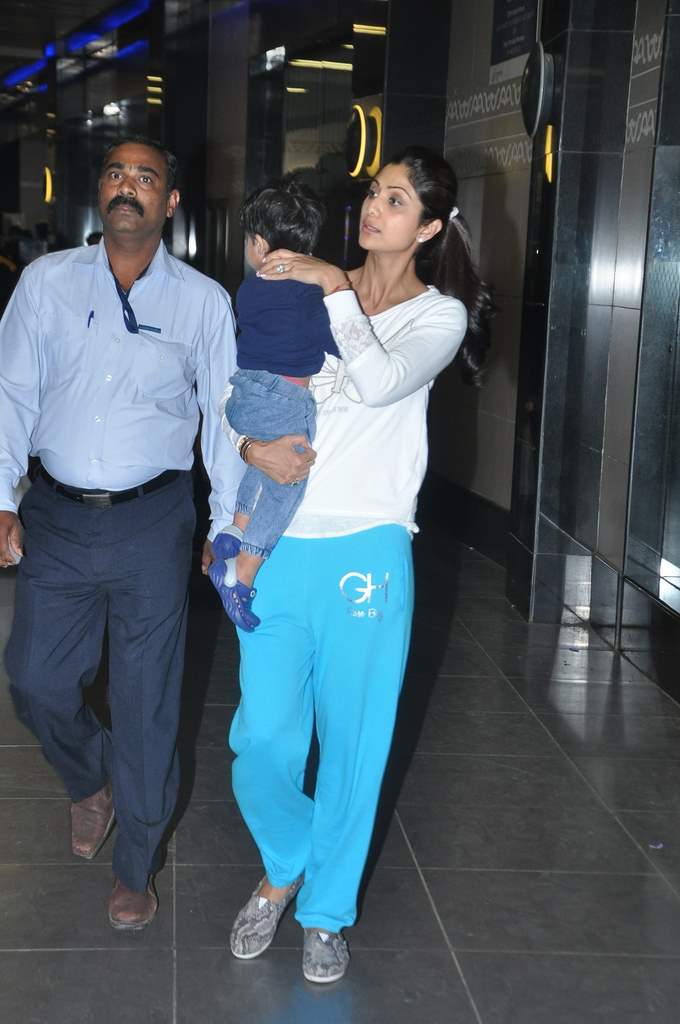 BollywoodGaram.com: Bollywood actress Shilpa Shetty was on November 15, 2013 spotted with husband Raj Kundra and son Viaan Raj Kundra. The family was spotted at the Mumbai airport as they arrived from Dubai.

Shilpa and Raj were in Dubai to launch Raj’s new book. The ‘Dhadkan’ actress was seen carrying her one-year-old son Viaan. Raj Kundra recently became an author and launched his book ‘How Not To Make Money’. Reports say that the book is an exciting thriller in which three friends – Jai, Mike and Aziz – decide to get rich fast.

The book was earlier launched by Raj and Shilpa at an event.