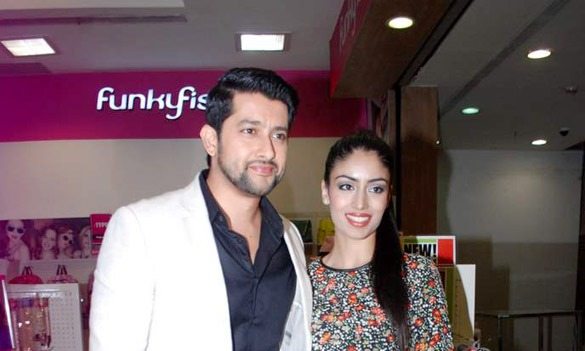 BollywoodGaram.com: Actor Aftab Shivdasani on November 15, 2013 attended the launch event for the book ‘The Other Side’ in Mumbai. The ‘Kasoor’ actor was spotted with his fiance Nin Dusanj. The event was also attended by actress Hazel Keech, Tia Bajpai, Vidya Malavade, TV actress Rashmi Desai, Surveen Chawla and Sharad Kelkar.

The launching ceremony also saw filmmaker Vikram Bhatt and author Faraaz Kazi. Aftab was recently seen in the movie ‘Grand Masti’, which is an adult comedy and was the sequel of ‘Masti’.

The actor also owns his production company known as the Rising Sun Entertainment, which produced the movie ‘Aao Wish Karein’.