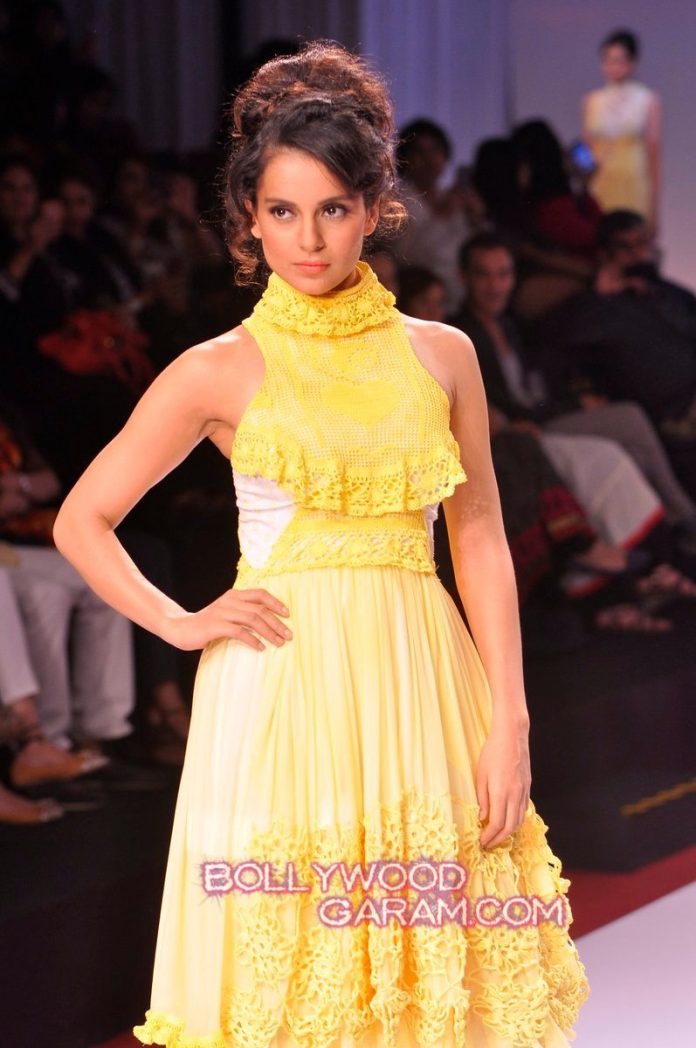 BollywoodGaram.com: Bollywood actress Kangna Ranaut turned showstopper for designer Bora Aksu at SIFW 2013. The actress looked ravishing in a yellow and white outfit on the ramp.

The ‘Gangster’ actress recently appeared in a negative role in the movie ‘Krrish 3’. Ranaut in ‘Krrish 3’ was seen playing a robot, who could turn into any person. The actress also appeared in another flick, ‘Rajjo’, in which she played the title role.

Ranaut has even more movies lined up for 2014 and will be seen in ‘Queen’, ‘Revolver Rani’ and ‘Ungli’. Kangana made her debut in Bollywood with the movie ‘Gangster’ in 2006.