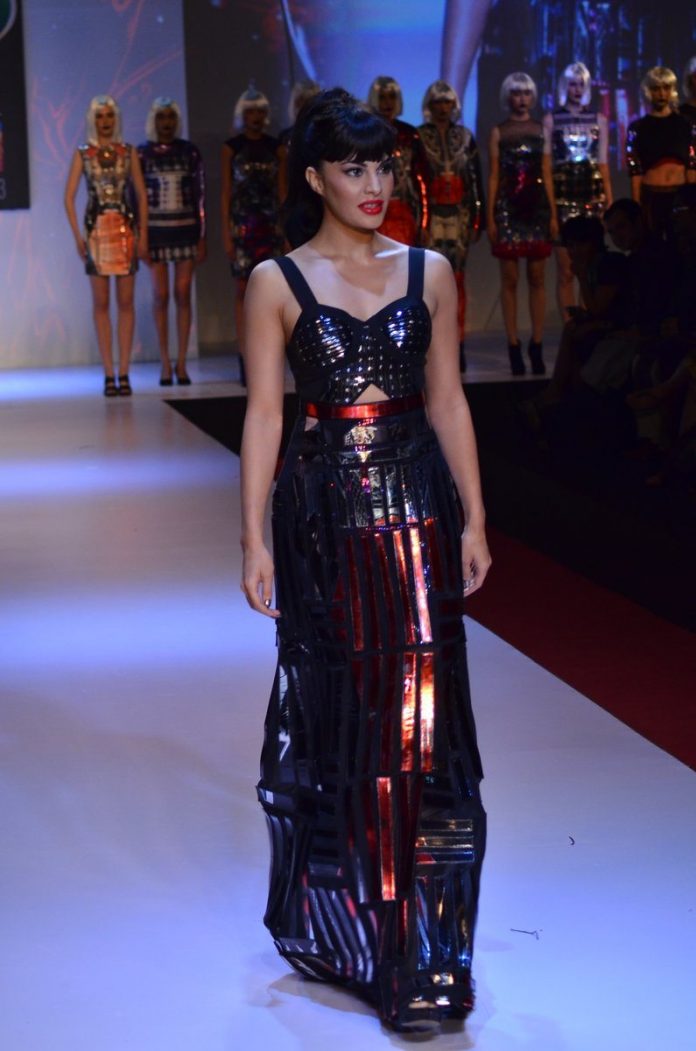 BollywoodGaram.com: Bollywood actress Jacqueline Fernandez on November 17, 2013 walked the ramp at the Signature International Fashion Weekend 2013, which was held in Mumbai. The ‘Housefull 2’ actress was featured in the Falguni and Shane Peacock’s show.

The Falguni and Shane Peacock’s Grand Finale Collection displayed stunning luxury and style. The showstopper of their show wore a black metallic column gown for the occasion.