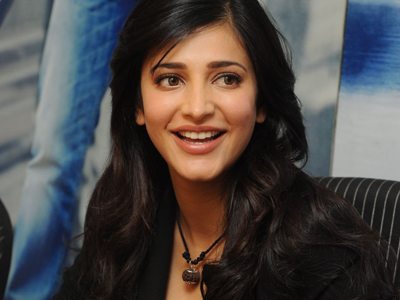 BollywoodGaram.com: The daughter of veteran actor Kamal Haasan, Shruti Haasan was on November 19, 2013 attacked by a stranger at her residence in Mumbai. Reports said that the singer and actress was being followed by an unknown person for quite some time.

One of the close friends of the actress said, “The stranger has been following her ever since she started shooting for ‘Ramaiya Vastavaiya’.” The friend went on to say that three days ago, the man also came to her sets. At the moment, the actress is reportedly very upset and has moved to a friend’s place for safety purposes.

The stranger attacked Shruti after he rang the doorbell and tried to strangle her. However, the ‘Luck’ actress was bold enough to confront the stranger and push him out of the house. More reports have said that the actress even managed to injure the attacker mildly.

Unfortunately, the stranger escaped before anyone could capture him. Shruti then took to her Twitter account to confirm that she was safe and sound. The brave young lady is the daughter of actor Kamal Haasan and actress Sarika. Shruti has done many roles since childhood, but made her adult acting debut in Bollywood with the movie ‘Luck’ and then went on to act even in South Indian movies. Apart from acting, Shruti is also a singer.