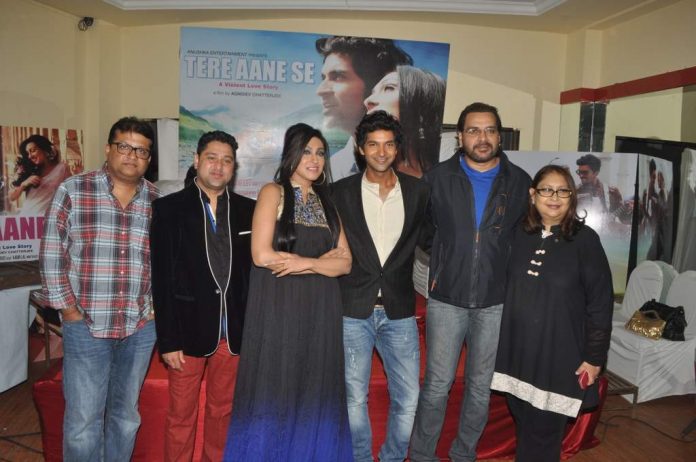 BollywoodGaram.com: Bollywood stars Purab Kohli and Rituparna Sengupta were on November 20, 2013 spotted at a press conference in order to promote their upcoming movie ‘Tere Aane Se’ in Mumbai. For the event, Purab was dressed in a pair of jeans and a blazer, while Rituparna was seen wearing a pretty blue dress.

During the event, Purab said, “I obviously want my films to make 100-200 crores! It’s not about the money.” The actor went on to say that if a movie has earned that much money, it means that many people have seen it.

While talking about his upcoming projects, Purab said that 2014 looks interesting for him and that is looking forward to it.