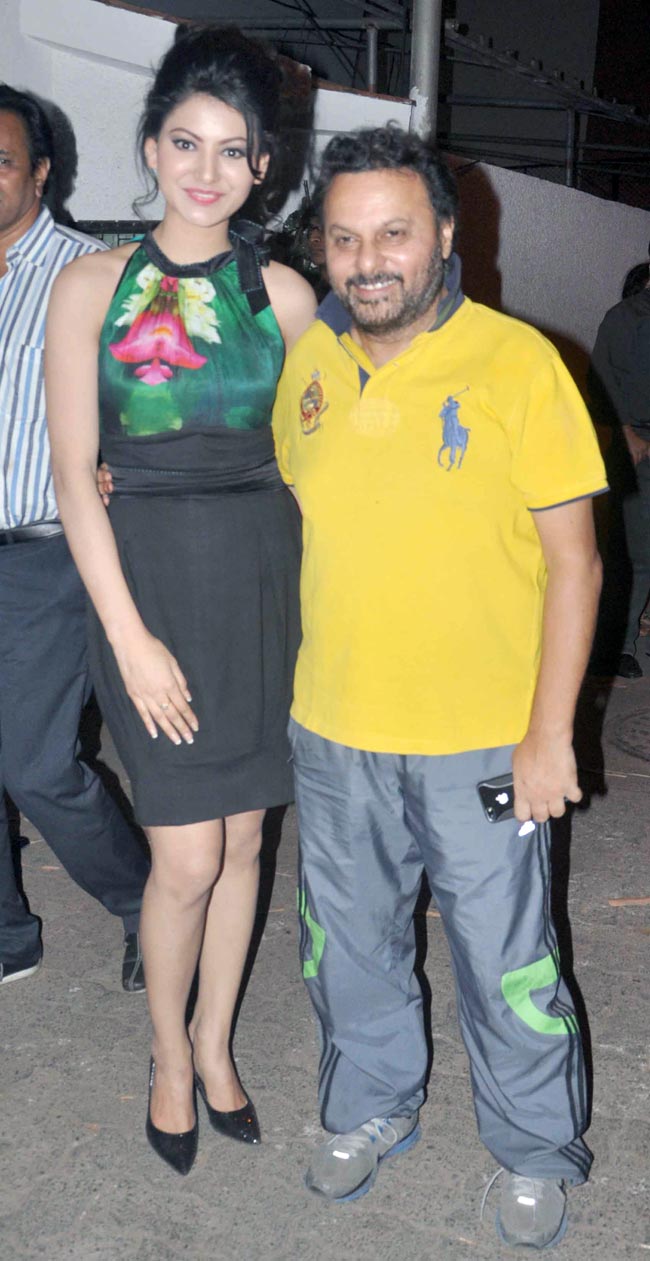 BollywoodGaram.com: As the promotions of ‘Singh Saab The Great’ are in full swing, the makers held a special screening of the movie which stars Sunny Deol and debutant Urvashi Rautela at PVR Cinemas in Andheri area in Mumbai on November 21, 2013.

Urvashi was the one who caught everyone’s attention during screening, as she arrived to the event dressed in a green and black dress. The Sunny Deol starrer movie has been directed by Anil Sharma and other lead characters in the movie include Amrita Rao and Prakash Raj.