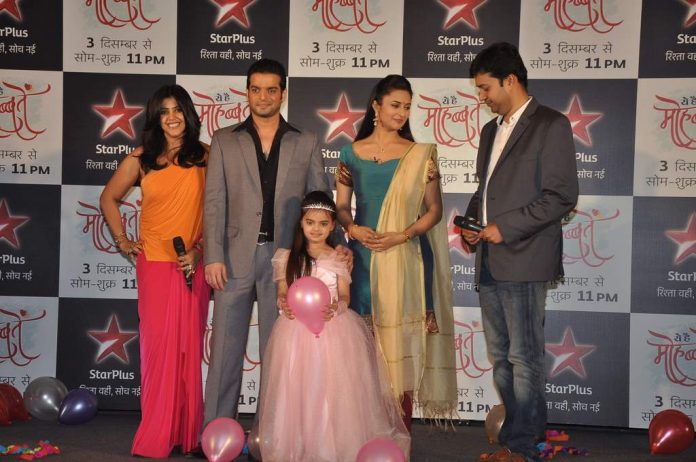 BollywoodGaram.com: The queen of daily soaps, Ekta Kapoor was on November 21, 2013 photographed at the launch of her new TV series ‘Yeh Hain Mohabbatein’ at JW Marriott in Mumbai. The new series follows a story of two very different people and how their lives are influenced by the other person.

‘Yeh Hain Mohabbatein’ will premiere on December 3, 2013 and will air from Monday to Friday at 11 pm on Star Plus. Kapoor for the event arrived wearing a pink and yellow outfit.

The producer said that she is confident that the new show will create some magic, which is something that she managed to do with her previous series.