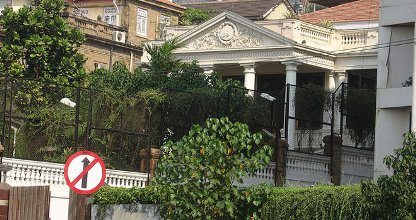 BollywoodGaram.com: A minor fire broke out at Bollywood superstar Shahrukh Khan’s residence ‘Mannat’ on November 21, 2013. Following the incident, the ‘My Name Is Khan’ actor has assured that everything is ok and that no one was injured.

The actor posted on Twitter, “All safe on the house front. Thanks to all departments concerned”. Later on, the ‘Kal Ho Na Ho’ actor wrote, “Now that the house is on fire let’s warm ourselves’ Didn’t seem viable though.” Close friends of the actor revealed that the fire which broke out was a minor one and that things were under control.

A short circuit in the bathroom exhaust fan was the cause of the fire, which was successfully set off by the fire alarm in the bungalow. Security guards also took all the necessary steps quickly and the fire was brought under control very soon, though a fire brigade was called for help.

Reports said that two fire engines were rushed to the spot and that no big harm was caused and no one was injured. In 2013, the actor became a father for the third time, after the birth of his son AbRam via surrogate. Shahrukh is currently busy shooting for the movie ‘Happy New Year’ by Farah Khan.