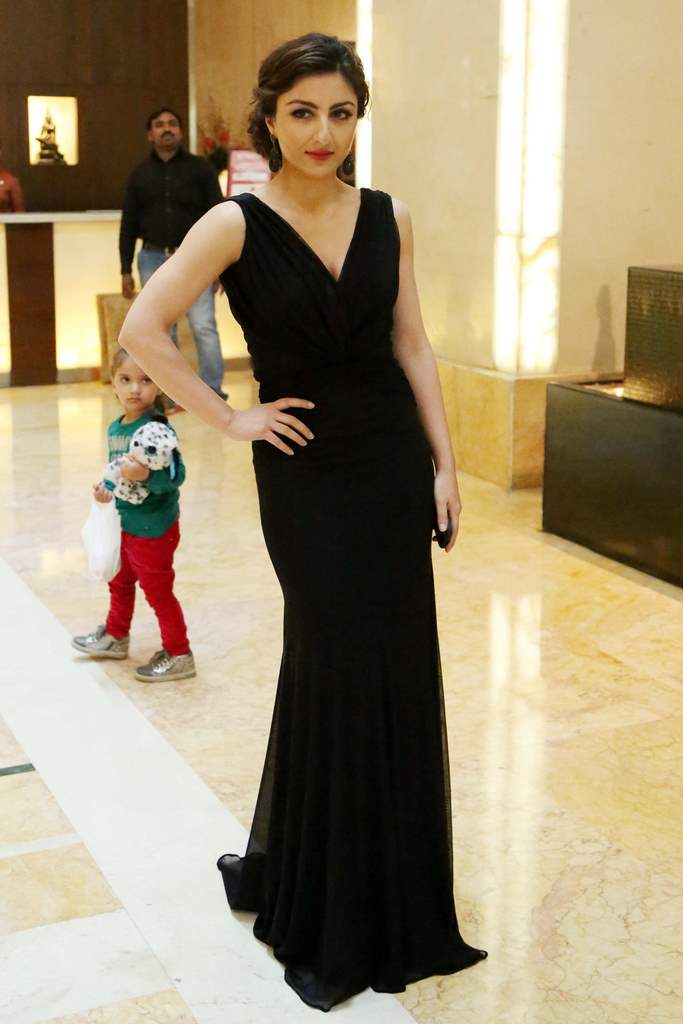 BollywoodGaram.com: Indian actress Soha Ali Khan on November 22, 2013 attended the inauguration ceremony of the 12th edition of Glamour 2013 in New Delhi. The ‘Rang De Basanti’ actress started off the event by lightening the lamp.

At the event, Soha looked glamorous in a black gown. In recent times, the actress was seen in ‘War Chod Na Yaar’ and is shooting for the upcoming movies ‘Airport’ and ‘Chaarfutiya Chhokare’. Another movie of Soha, ‘Mr. Joe B. Carvalho’ will be releasing on January 3, 2014.

Reports said that the movie will have the actress in a bikini for the first time ever in her career.