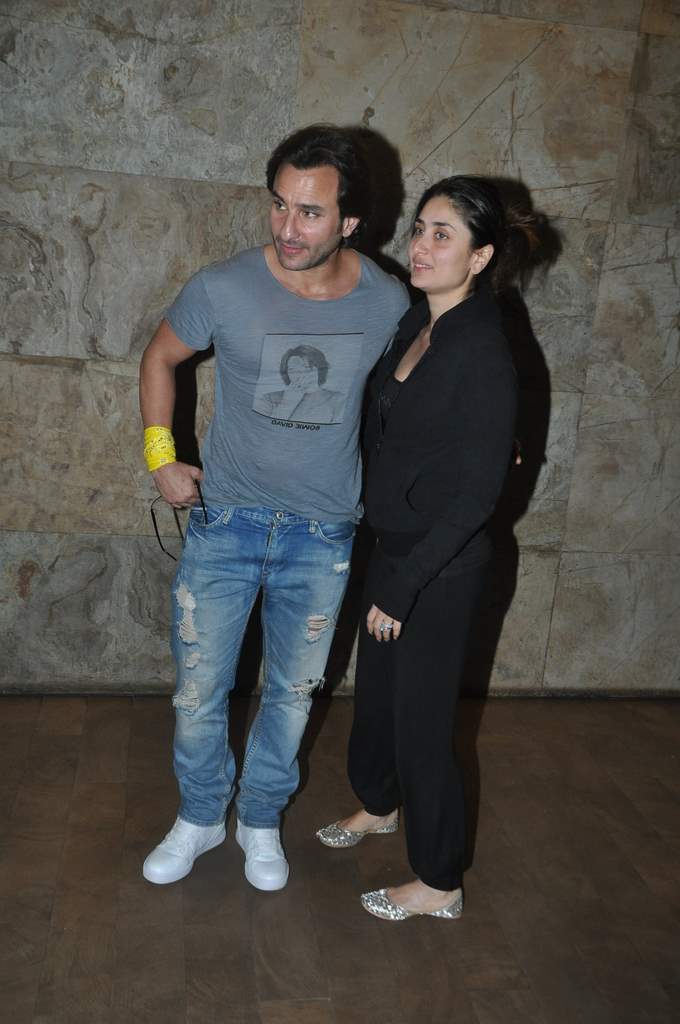 BollywoodGaram.com: Hot Bollywood couple – Kareena Kapoor and Saif Ali Khan – as well as Karisma Kapoor on November 23, 2013 attended the special screening of the upcoming movie ‘Bullet Raja’. Saif recently talked about the flick and said that he got the chance to play this role after many years.

While talking about his character, the actor said that it is very different from him. The ‘Tashan’ star went on to say that there is comedy in the movie, but there is no violence so it is a good action drama set in the background of Uttar Pradesh. Saif expressed that he is happy to be part of it.

For the screening, Saif and Kareena were dressed casually, without any glamour and makeup.