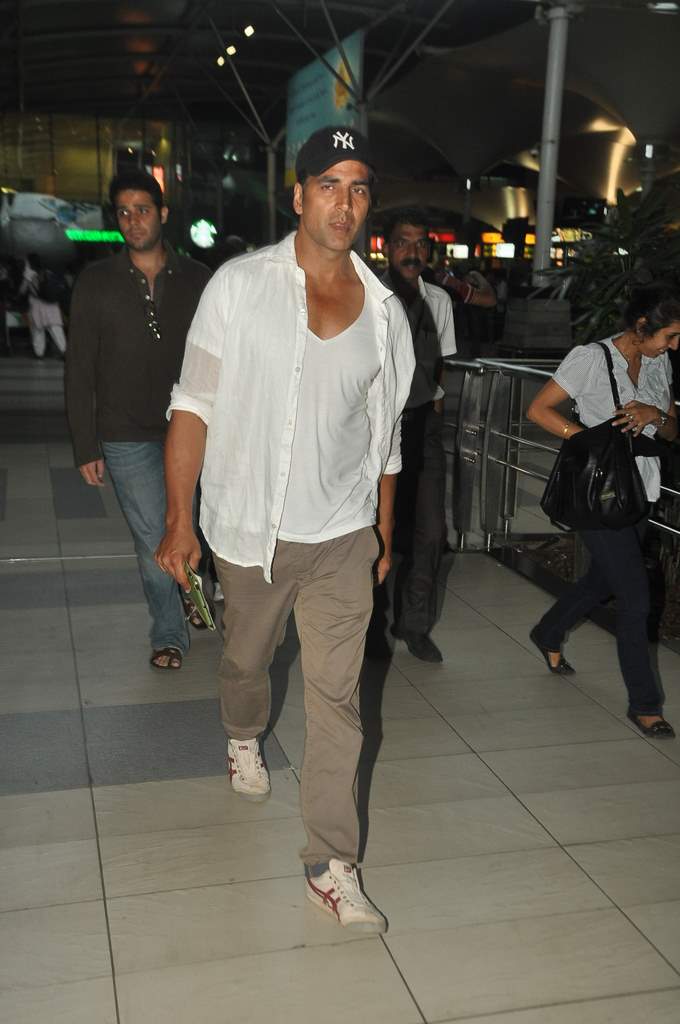 BollywoodGaram.com: Actors Tamannaah and Akshay Kumar were on November 23, 2013 spotted at the Mumbai Airport. Akshay and Tamannaah were shooting for their upcoming movie ‘It’s Entertainment’ in Goa.

The upcoming romantic comedy is expected to be released on May 1, 2014. The flick is produced by Ramesh Taurani of Tips Industries Ltd. and the shooting started on June 19, 2013. Back then, it was reported that 90 percent of the movie will be shot in Bangkok and the remaining ten percent will be shot in India.

Music for the movie is composed by Sachin-Jigar. This will be the first time that the composer will be working with Akshay Kumar and even Atif Aslam will be lending his voice for the first time for Akshay.