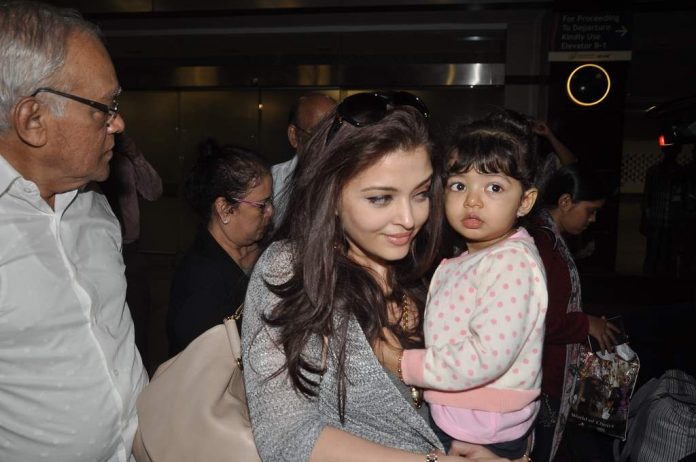 BollywoodGaram.com: Bollywood hot mummy Aishwarya Rai was on November 24, 2013 seen at the Mumbai Airport, after she returned from Dubai with her daughter Aaradhya. The ‘Dhai Akshar Prem Ke’ actress was in Dubai for a holiday, along with her parents Vrinda Rai and Krishnaraaj Rai.

Rai’s daughter Aaradhya looked as beautiful as her famous mother, was dressed in pink clothes and preferred to stay in her mother’s lap. The celebrity kid turned two on November 16, 2013 and the Bachchan family hosted a party which was attended by other celeb children. It seems like Aaradhya is becoming used to the attention from the media.

Aishwarya has been a dotting mom for two years and has recently hinted that she will be returning to films.